Klungkung Places of Interest is one of the regencies that has tourist destinations which have recently become booming on Instagram, such as tourist attractions on the island of Nusa Penida, while the island of Nusa Penida is part of the Buleleng district which is only separated by the ocean, and to get there you can only go there. by sea transportation. Klungkung also has another name like other districts, where Klungkung is also known as Semarapura. The Klungkung Kingdom was founded by Dewa Agung Jambe in 1668 in the southeastern part of the island of Bali, or to be precise, it is located in the current Klungkung Regency. Since its founding until its collapse, this kingdom has been involved in fierce battles with the Dutch several times. As the center of government of the Klungkung Kingdom – now the Puri Agung Semarapura – this location has many historical relics that attract tourists. One of them is Bale Kambang found in Kerta Gosa, which has a painting on the ceiling with three different stories. If you are on vacation on the island of Bali, don't forget to visit the tourist destinations in Klungkung

Details of Klungkung Places of Interest

Goa Lawah Temple is Klungkung Places of Interest of a shrine cave where thousands of bats have a nest inside of this cave. There is big temple used by Balinese Hindu as a place to worship to the god. Best tourist destination to visit in eastern Bali. There is a nature cave dwelt by thousands of tail bat located at north side from Jeroan/center of Gua Lawah Temple. This goa lawah cave is opposite to the beautiful beach with black sand along the coastal area. In Goa Lawah temple consists of two syllables of the cave

Kerta Gosa Ancient Justice Court Palace is Klungkung Places of Interest for an ancient building designed with Balinese architecture that is an open house as jurisdiction place where the king announce the legislation, jurisdiction, penalization etc. Another interest places will be visit during Besakih Tour. It's very beautiful encircled by the fishpond with tropical plantations to add the artistic value that makes this place is good places to be visited. In its building roof, it is covered by full of ancient puppets picture.

Angel Billabong Beach is located in Banjar Sumpang, Bunga Mekar Village, Nusa Penida Island, Bali. This Klungkung Places of Interest is adjacent to Pasih Uug Beach. To get to this tourist destination you have to go to Banjar Sumpang and ask lots of questions to local residents due location is difficult to find. The winding streets and Natural countryside will accompany you during the trip. Angel Billabong is tourism site about Nature Rock Lagoon created by nature and located beside the angel's beach 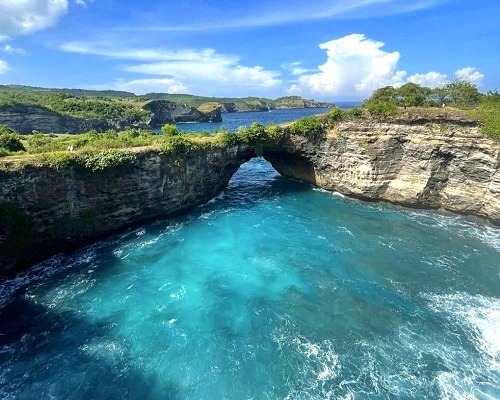 Broken beach or better known as Pasih Uug by local residents, was one of Klungkung Places of Interest. It was said with broken beach because there was a large hole caused by a landslide down which made a hole in the beach, this hole made the scenery very beautiful and this place was often used for photography and film. Many domestic and foreign tourists visit this broken beach or known as pasih uug, just to enjoy the amazing scenery and also to be taken to take pictures with a backdrop of broken beach 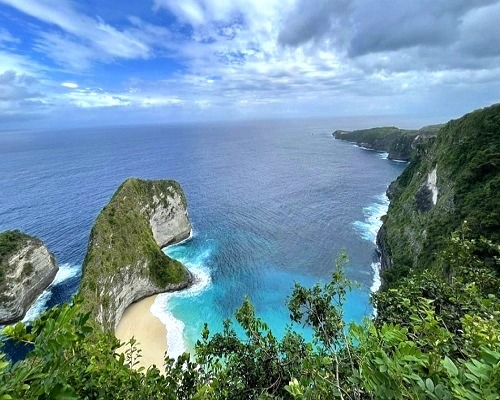 Kelingking Beach is located in the village of Nusa Penida islands, and most popular in Klungkung Places of Interest, Kelingking Beach is one of the most famous tourist objects Bali West Nusa Penida Tour packages, this tourist attraction is the most visited object and is a top one tourist destination. where we can see natural rock formed like the middle finger and there are also tourists who say that the coral shape resembles like shapes of dinosaurs. Kelingking Beach was first discovered in 2003 by foreign tourist.

Paluang Cliff is a tourism site that is no less beautiful than other tourist objects on the island of Nusa Penida, where from Paluang Cliff you can see the beauty of the Kelingking beach from behind, where the view is quite amazing, so that many tourists visit the Kelingking. also took the time just to take pictures here. From the cliffs we can see the beautiful view of the ocean, with the wind blowing from the ocean making the atmosphere cooler. This Paluang Cliff tourist attraction is a hidden spot to be able to see Kelingking Beach from different view 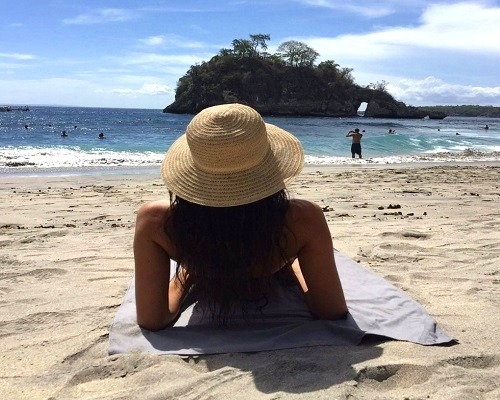 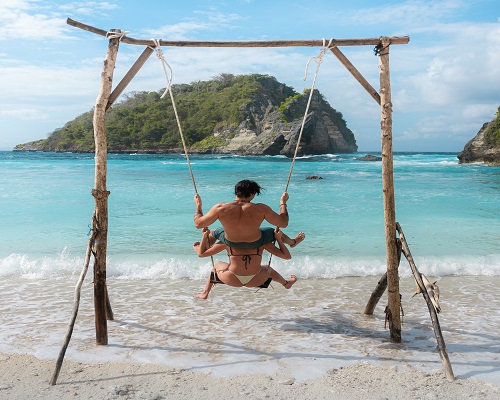 Atuh Beach is Klungkung Places of Interest and located in the Banjar Pelilit, Pejukutan Village, Nusa Penida Islands, this beach is very often visited for those who travel to the eastern part of Nusa Penida islands, this atuh beach offers beautiful views and scenery where around the coast is surrounded by high cliffs. This object is very popular, because the amazing scenery offered is very beautiful and natural, this Atuh beach is suitable for those of you who want to swim or sunbathe on the beautiful atuh beach

Diamond Beach is Klungkung Places of Interest and located in Nusa Penida Islands, the location is close to the Atuh beach, while this beach is as beautiful as the beach where it is surrounded by large cliffs and some coral reefs on the beach that make the scenery amazing and beautiful, Diamond beach is in the eastern part of the island and just been opened to the public. Over time Diamond Beach has become very popular among foreign and domestic tourists, and some call it the paradise beach of Nusa Penida Islands 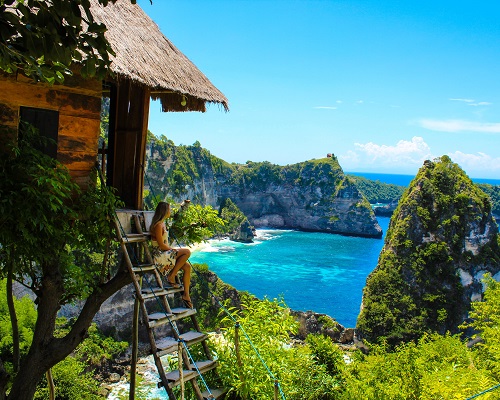 Tree House Molenteng is Klungkung Places of Interest located adjacent in Nusa Penida, this tourist attraction is very interesting for tourists because of the tree house you will be able to enjoy the beautiful views of the cliffs and the beach. This tree house molenteng building is actually very simple. Stand on a big tree that has partially cut down the trunk so the house can stand upright and facing to ocean. To reach the top of the beautiful tree house, wooden bridges and stairs have been installed to help you go to inside the house

Telletubies Hill is a Klungkung Places of Interest in the eastern area of ​​Nusa Penida, where this tourist attraction offers a very beautiful hill view, where the shape of the hill in this place is shaped like hills that have in teletubis films with round shapes and green grass, because the shape is similar a hill in the teletubbies film. in this place the hill is not just one but there are several hills that are the same shape as the teletubies hill, truly a very beautiful and amazing scenery and suitable as a backdrop of photography.

Yellow Bridge is a bridge built by the Klungkung district to connect two islands separated by seas, namely the islands of Nusa Lembongan and Nusa Ceningan. This bridge can only be passed by motorbikes because the width of this bridge is not too big, about 1.5 meters. This yellow bridge is a very famous tourist destination if you visit the island of Nusa Lembongan, where you will be invited to go to the yellow bridge here you will see the beautiful shape of this bridge which is used as a link between two very beautiful islands.

Dream Beach Lembongan it is Klungkung Places of Interest that is so enchanting, that it makes many tourists come here to enjoy the beauty of Dream Beach with its white sand and clear water, making this tourist destination really popular among foreign and domestic tourists. Dream beach beach has been known for a long time because access to the beach is not too difficult and easy to access that doesn't require a long trip to the beach. with a very perfect view and beautiful white sands, making this beach a dream paradise beach tourism lovers

Bali Seaweed Farm is Klungkung Places of Interest for an agriculture that grows marine algae in the waters of Nusa Lembongan and is cultivated by local residents as their livelihood, a very extensive marine algae farm where marine algae are planted almost all over the coast here. It's a very beautiful sight to see the activities of the seaweed farmers here who go to the sea every day to monitor the land for this marine algae, and this farm is very vulnerable to failure, where if the weather is bad and the sea water is high then the sea algae planted.