Karangasem Places of Interest at Karangasem Regency is located in the eastern area of ​​the island of Bali, also known as Amlapura, this place offers a lot of natural charm and very beautiful temples. If from Kuta it takes about two hours to reach this Karangasem location, and Karangasem Regency has a fairly large area. And Karangasem also has two ports that are often used for sea transportation to other islands in Indonesia, including the Padang Bay port which is often used to go to the Gilis, and the Tanah Ampo port which is planned to be used as a port to lean on cruise ships. The tourism objects in Karangasem are very diverse, from waterfall tours, historical buildings, holy temples and also other attractions that are no less interesting. Besides that, there are also beach tours that are often used for snorkeling and diving, as for others such as Blue Lagoon Beach, Labuah Amuk, Amed, Tulamben and others who are civilized in this Karangasem Regency. There is also Mount Agung which is the largest mountain on the island of Bali

The name of Bukit Jambul Rice Terrace was firstly given during the Dutch invasion in Indonesia by a tourist is one of the Karangasem Places of Interest, who was inspired by a high hill standing on the south of the main road connecting Klungkung regency and Besakih of Karangasem regency. There is a Hindu Temple on the top of the hill, which is surrounded by big trees. Below the temple complex there is a stunning panorama of rice fields. This makes the trees look like a tufting hair from a distance

Bali Besakih Temple is the biggest Hindu temple in Bali which the local people call Pura Besakih. Best from Karangasem Places of Interest which offer it owns beautiful view from the top of temple area where we can see the wide nature panorama until to the ocean so that way this temple is many visited by tourists from all over the world. Besakih Temple is located in Besakih countryside, Rendang sub district, Karangasem regency, east part of the island. It is located in southwest side bevel of mount Agung.

Tirta Gangga is a beautiful Water Palace with water fountain and fish pond surrounds this area. This garden is built by King of Karangasem for their relaxation with their family. Become one of Karangasem Places of Interest worth to visit in east Bali. In the middle of park, there are many small statues are intentionally set on the stone to decorate the water park in order to make a good looking view and very instagramable. All of the statues are taken from the Hindu Historical epos like Maha Bharata or Ramayana. 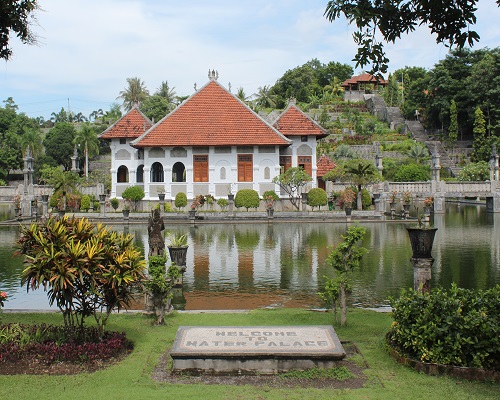 Ujung Water Palace which by the local people is called as Taman Soekasada Ujung, Karangasem Places of Interest most places to visit, was built in 1919 the launching in 1912 and inaugurated in 1921 by the King of Karangasem. best object tourist destination in east Bali. Ujung Water Palace is a beautiful park with big fish pond surrounds the old Karangasem Empire heritage building which is used by the Karangasem's King for day relaxation or meeting place in their era.

Bali Tenganan Village is one of the oldest Balinese Traditional Village located in Karangasem Regency, east part of Bali. This village is much referred by cultural literature science of Tenganan Pegringsingan, which is very famous in the island. It own very unique local community life pattern which is one example of Bali Aga Village cultures (Hindu Prehistoric) and different with other countryside in plain of Bali, has been appointed as a culture tourism site

Bali Lempuyang Temple is Karangasem Places of Interest which is Hindu holy temple dedicated to worship Ida Sang Hyang Widi Wasa which manifests as the god Icwara, located in the top of Bisbis Hill in the east of Bali islands, from here can see the amazing view of the biggest mount agung in Bali. The temple most know by tourist with name Gate of Heaven Lempuyang temple. Lempuyang temple located in East Bali islands at Karangasem city

Blue Lagoon Beach is located on the east side of Bali islands and it took us about 1.5 hours from Kuta just to drive there. But the beach was worth it - it was like a hidden paradise and become best places to visit for do snorkeling. Blue lagoon beach is very well known by snorkeling lovers, here with very clear water and rich coral reefs that are still preserved and filled with colorful small fish as if to make this blue lagoon beach a underwater paradise

Gumang Temple is the kahyangan jagat temple which is located in the southeastern part and this temple has existed since the ancient Balinese era, namely in year Saka 11 which can be seen from several studies on this Gumang Temple, so this Gumang temple belongs to a row of ancient temples on the island of Bali. Gumang Temple is located on a hill that called Gumang Hill with stunning views around it. where you can see amazing views of the beautiful hills view 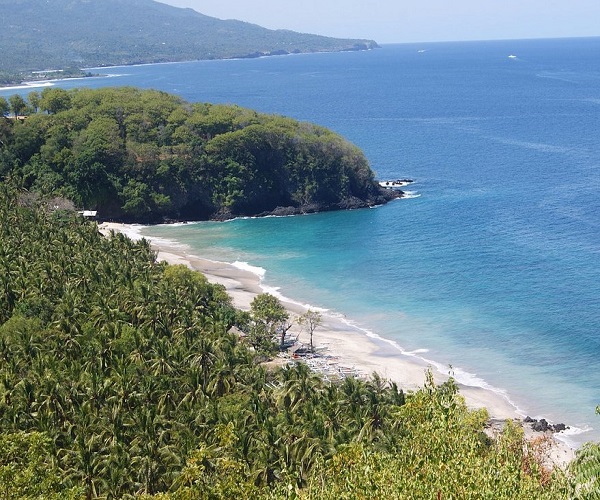 Virgin Beach is a very popular beach with the beauty of white sand beach and very clear water, this beach is ideal for swimming and sunbathing activities, where around the beach there are facilities for renting a sunbathing area. This beach is very often visited by tourists who come to the eastern part of the island of Bali for enjoy the beautiful beaches that are unspoiled and very natural. Enjoy the view of the white sand on the beach with a view of the vast expanse of blue sea.

Sang Hyang Ambu Gate is or with name Gate of Moksha is located on Sang Hyang Ambu Hill with stunning views around it, where you can see amazing views of the beautiful hills, amaxing ocean and spectacular mountains. It is suitable for those of you who really like the natural scenery that is so enchanting and is perfect as a place to see the sunrise, with a faint light when the sun appears it will make the scenery even more beautiful. You will be very comfortable to linger here